APAL Waste Management try's to keep you upto date with all that may be happening in the waste industry, keep checking in on what's happening.

A striking new recycling and energy recovery facility has become an eye-catching addition to the Leeds skyline.

The interior design group behind the fit-out of professional services firm KPMG’s new Leeds office said the irregular planning of the building provided an “opportunity to make varied and engaging space”. 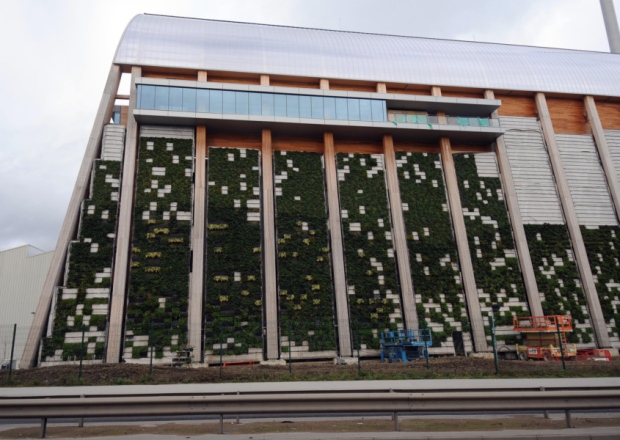 Processing equipment, that will process the waste, is being installed at the facility in Leeds – which is due to open in spring 2016.
The building is being built by Clugston-CNIM and will be operated by waste management company Veolia, who won a contract with Leeds City Council to manage municipal waste.

Paul Gouland, marketing director at Leeds-based Clugston, told The Yorkshire Post that work was progressing well at the site.

He said: “The actual building work, the element that we’re doing, that’s all the infrastructure and structure for the building, is nearly complete.

“What’s actually happening at the moment is the process equipment – that’s the plant inside to actually process the waste – that’s been commissioned.”

Mr Gouland says this building is unique as it is the first energy recovery centre to feature a recycling element before the rubbish is processed into energy.

He said: “There are other energy and waste plants around the country and we’ve built six previously to this one. But this is the first one that has a recycling element prior to going into the process hall.”

Another factor that makes this building unique is the striking design which features an arched timber roof. “The materials that this scheme has been done with marks it out as very different, ” said Mr Gouland.

“Traditionally they’re built with steel frames and steel cladding, traditional heavy materials. This to my knowledge is the first one that’s been built using sustainable material such as the timber frame, ” he added.

Before the building is even ready the striking design has won a national prize.
The project fought off stiff competition from other buildings, including major projects in the capital, to land the Project of the Year gong at the National Structural Timber Awards.

Mr Gouland said: “To win against such substantial schemes in the capital I think was a big pat on the back for Leeds.

“I suppose it’s a testament to Leeds City Council that they wanted something that was both iconic and sustainable.

“Leeds City Council from the start really wanted to create something that was a sort of landmark building.”

One of the biggest challenges of working on the project was working at height, said Mr Gouland, with the building stand over 140 metres tall.
He said: “Working at height was one real challenge, the second was the arched shape because clearly at any point on that roof the actual building is falling away from you, so we had to work quite closely with access specialists.”

Over the past decade there has been an increase in demand for renewable energy sites as councils look to reduce the amount of waste tipped at landfill according to Clugston.

The facility in Leeds, when fully operational, will have the capacity to process up to 214,000 tonnes of household black bin waste, diverting from landfill and generating 11mw of elec- tricity.

The waste will pass through a mechanical pre-treatment (MPT) process to allow extraction of recyclable materials such as cardboard, plastic, ferrous and nonferrous metals.

Clugston had to turn to Europe and specialist subcontractor Hess, who supplied and erected the frame.

The company used 2,600 cubic metres of glulam timber in the frame.

Mr Gouland said that there was a different psychology to working with timber beams as to using traditional steel.

We use cookies to ensure that we give you the best experience on our website. If you continue to use this site we will assume that you are happy with it.OkRead more